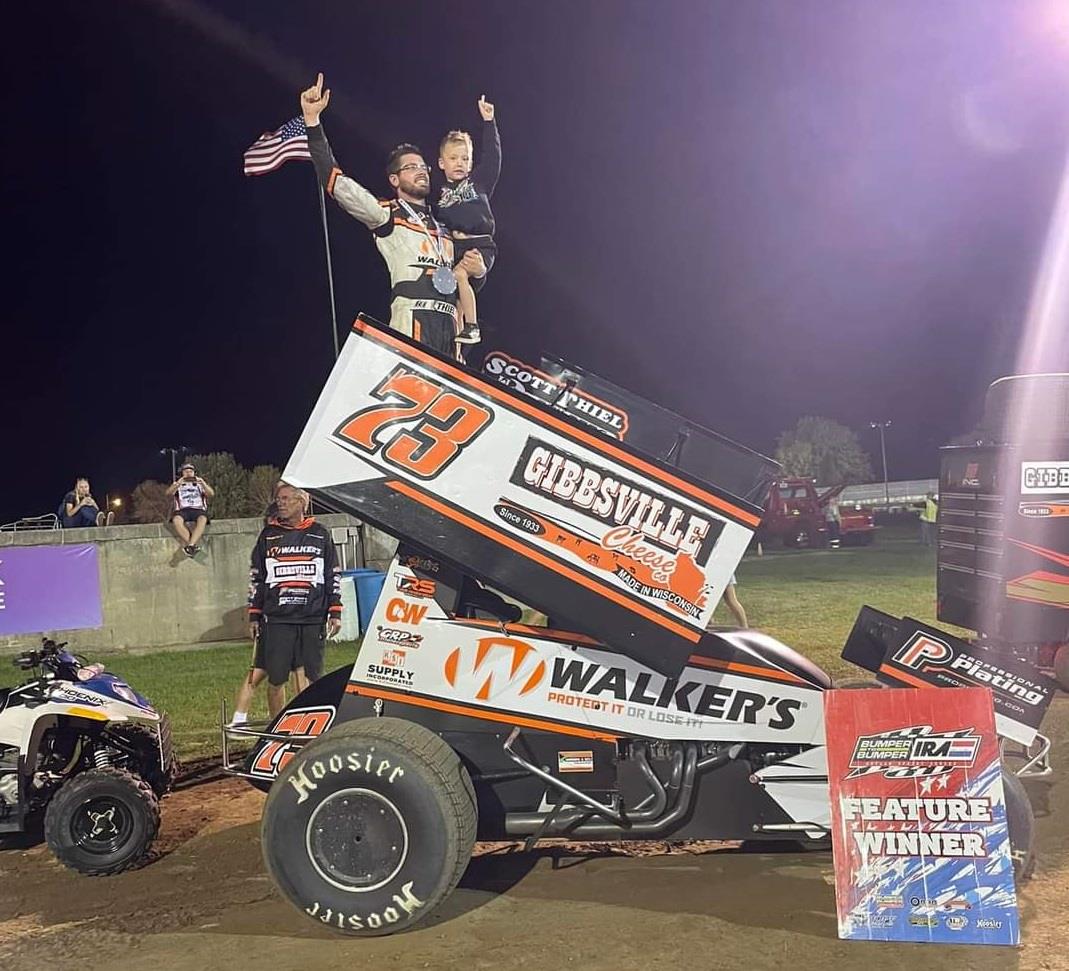 SHEBOYGAN, Wis. (September 6, 2022) - It was a weekend for the record books for Sheboygan, Wisconsin’s Scotty Thiel and Team 73, ultimately capping their three-race run with the IRA Outlaw Sprint Series with three consecutive podium finishes, two of which $3,000 victories, while visiting three Wisconsin ovals. Bumping his season win total to five, four of which against the IRA, Thiel scored his victory lane appearances during stops at Dodge County Fairgrounds and Plymouth Dirt Track on Friday and Saturday, September 2-3, respectively.

Although not victorious in race three at 141 Speedway, Thiel was a close second, leading a portion of the evening’s main event before settling for one spot down. Jordan Goldesberry slipped by the Team 73 entry during a battle in traffic with five remaining. A caution with two to go gave Thiel a chance to reclaim, but time ran short.

“What a weekend, and I owe it all to my team. Results like these prove that our hard work and determination is working and I couldn’t be more proud,” Thiel explained, who also owns a MOWA win in 2022. “There are a lot of moving parts and to make it all work you have to have a great team and great support. I’m fortunate enough to have each of those attributes. We still have a lot of racing ahead…we’ll get a game plan together soon.”

ON DECK:
The “Big Wheel” Scotty Thiel and Team 73 are unsure about coming plans. Multiple options are being analyzed with a decision to be made in the next 24 hours.