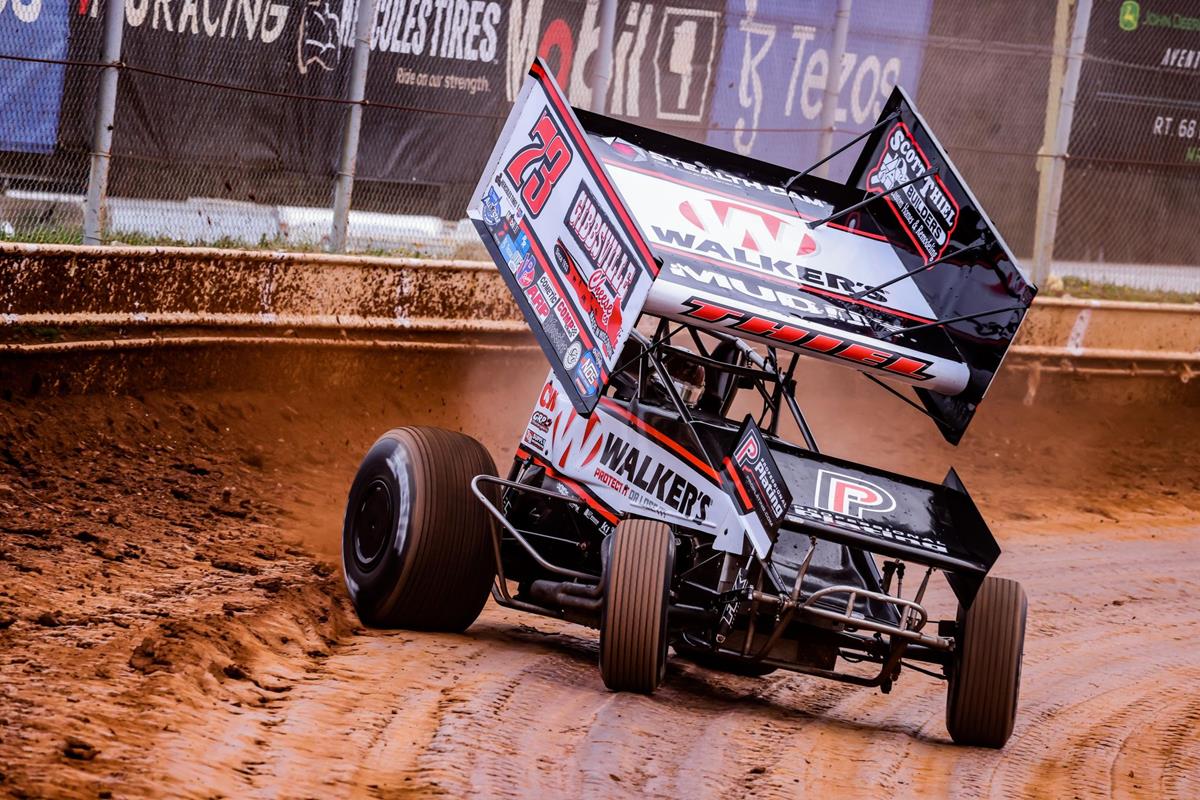 SHEBOYGAN, Wis. (June 20, 2022) - The “Big Wheel” Scotty Thiel and Team 73 did their best to defend home dirt on Friday and Saturday night at Beaver Dam Raceway in Beaver Dam, Wisconsin, and although the Sheboygan, Wisconsin-based sprint car team was unable to claim victories against the World of Outlaws Sprint Car Series, their results were more than respectable, eventually highlighting the weekend with a 13th-place score in the Jim “JB” Boyd Memorial opener on Friday, June 17.

“Not a bad weekend for our team. We would have liked to be a little bit better in the rundown, but when you’re racing against that level of competition, just making the main event can be an achievement in itself,” Thiel said, a two-time IRA Outlaw Sprint Series winner in 2022. “I can’t say enough about this team and all of our partners. Our schedule is big and competitive and it wouldn’t be possible without all of those behind us.”

ON DECK:
Tentatively, the “Big Wheel” Scotty Thiel and Team 73 will continue their 2022 campaign with four nights of competition at Huset’s Speedway in Brandon, South Dakota, on Wednesday through Saturday, June 22-25, all of which headlined with the High Bank Nationals that technically begins Thursday, June 23, with a $15,000-to-win preliminary. High Bank Nationals action will continue with a $20,000-to-win preliminary on Friday, June 24, followed by the $100,000-to-win finale on Saturday, June 25. Wednesday’s $10,000-to-win event is a rescheduled program from Sunday, June 5.

SEASON HIGHLIGHTS:
Scotty Thiel and Team 73 capped three-race Central PA visit with a tenth-place run at Port Royal Speedway on Sunday, March 20. Earned first win of 2022 during IRA Outlaw Sprint Series start at Beaver Dam Raceway in Beaver Dam, Wisconsin, on Saturday, April 23. Won second feature of season during IRA Outlaw Sprint Series visit to Sycamore Speedway in Sycamore, Illinois, on Saturday, May 7. Finished third with All Star Circuit of Champions at Plymouth Dirt Track in Plymouth, Wisconsin, on Saturday, May 21. Rallied from 19th to eighth in Sunday night visit to 141 Speedway in Maribel, Wisconsin, on May 30. Finished second during IRA action at Fairbury Speedway in Fairbury, Illinois, on Friday, June 10. Finished 13th and 14th in the World of Outlaws doubleheader at Beaver Dam Raceway on June 17-18.