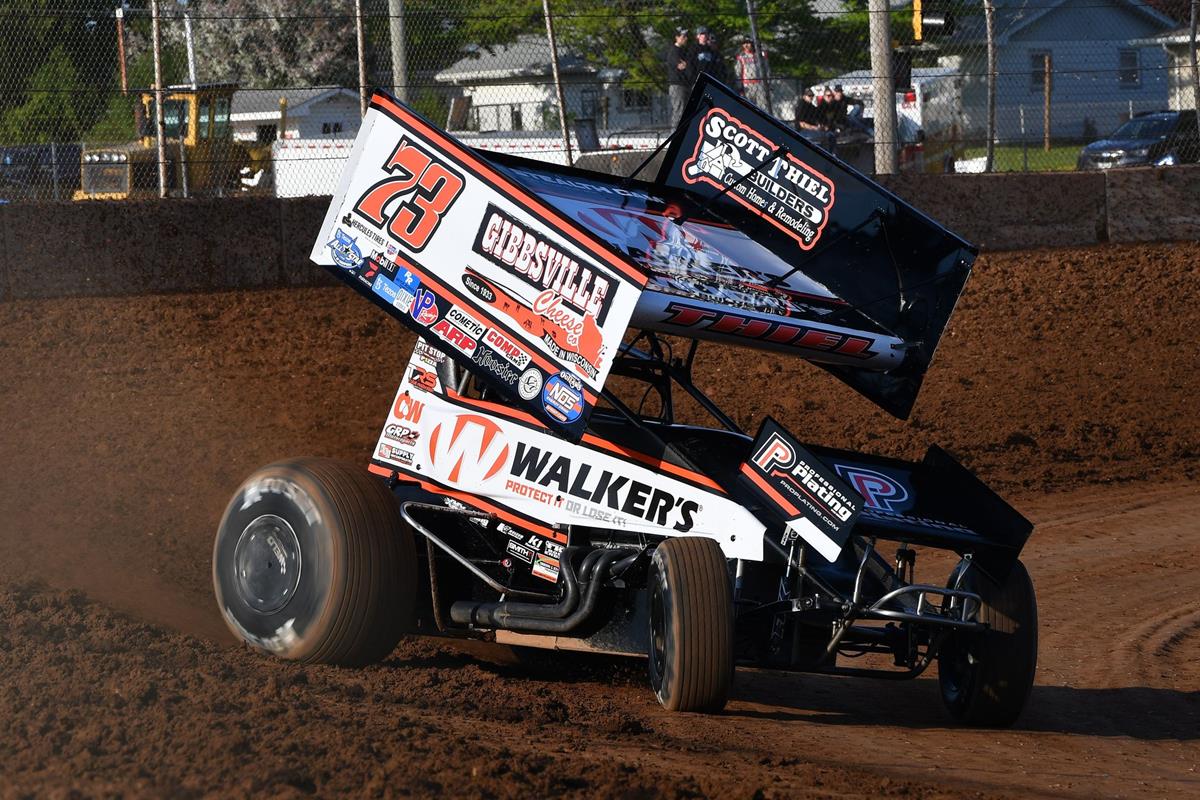 SHEBOYGAN, Wis. (May 31, 2022) - Although Scotty Thiel was unable to add to his 2022 IRA Outlaw Sprint Series win total, the “Big Wheel” out of Sheboygan, Wisconsin, put on an impressive display at 141 Speedway in Marible, Wisconsin, ultimately turning a bad situation into something positive.

With his recovery at 141 included, Thiel now owns five top-ten finishes in 2022, one of which a podium outcome against the All Star Circuit of Champions at Plymouth Dirt Track. In addition, Thiel is a two-time IRA winner this season, one at Beaver Dam and one at Sycamore.

“We went into 141 with the mindset to win, but to do what we did is just as good in some respect, “Thiel explained. “Hats off to my team. They maintained focus and never gave up, and that’s what you need to make up for mistakes like that. We’ll put this behind us and move forward.”

ON DECK:
The “Big Wheel” Scotty Thiel and Team 73 are uncertain about their upcoming plans, but tentatively, the team plans to visit Knoxville Raceway in Knoxville, Iowa, on Saturday, June 4.

SEASON HIGHLIGHTS:
Scotty Thiel and Team 73 capped three-race Central PA visit with a tenth-place run at Port Royal Speedway on Sunday, March 20. Earned first win of 2022 during IRA Outlaw Sprint Series start at Beaver Dam Raceway in Beaver Dam, Wisconsin, on Saturday, April 23. Won second feature of season during IRA Outlaw Sprint Series visit to Sycamore Speedway in Sycamore, Illinois, on Saturday, May 7. Finished third with All Star Circuit of Champions at Plymouth Dirt Track in Plymouth, Wisconsin, on Saturday, May 21. Rallied from 19th to eighth in Sunday night visit to 141 Speedway in Maribel, Wisconsin, on May 30.