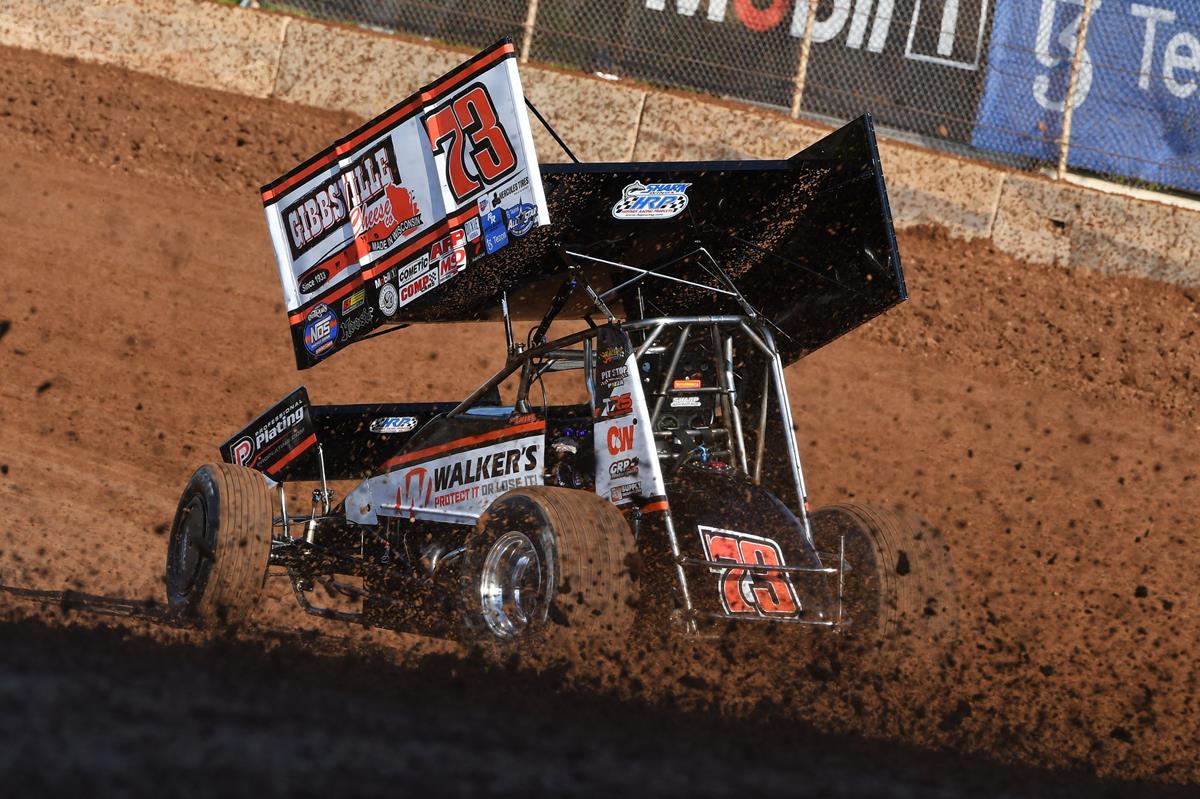 SHEBOYGAN, Wis. (May 24, 2022) - His weekend started wet, and ended on a tow truck, but the “Big Wheel” Scotty Thiel made the most of his three-day swing with the All Star Circuit of Champions and IRA Outlaw Sprint Series, highlighting the three-race turned two-race campaign with a podium finish at the always-exciting Plymouth Dirt Track in Plymouth, Wisconsin, on Saturday, May 21.

The podium outcome was Thiel’s first of the season against the All Star Circuit of Champions, bettering all but one Series regular in the Plymouth rundown.

Unfortunately, any hope for a podium finish at Wilmot Raceway one night prior was halted before it could begin, as Mother Nature swooped in and stole the show just as qualifying time trials were scheduled to commence.

An elbows-up affair to conclude the All Star/IRA swing through The Badger State, Thiel’s Sunday night stop at Angell Park Speedway in Sun Prairie ended on the hook, forced to surrender after being involved in two red flag incidents; he was scored 22nd.

“It was an interesting weekend, that’s for sure. Regardless, hats off to this entire team. We were thrown a lot of curveballs this weekend, but they kept plugging away and I’m proud of their efforts,” Scotty Thiel said, who owns a pair of IRA Outlaw Sprint Series victories in 2022. “I’m not sure what our plan is this weekend, but whatever we decide, we’ll be ready. We’ll treat the coming weekend as a fresh start and hope for big results.”

ON DECK:
The “Big Wheel” Scotty Thiel and Team 73 are uncertain about their upcoming plans. Fans should keep alert online, as well as on social media, for further updates.