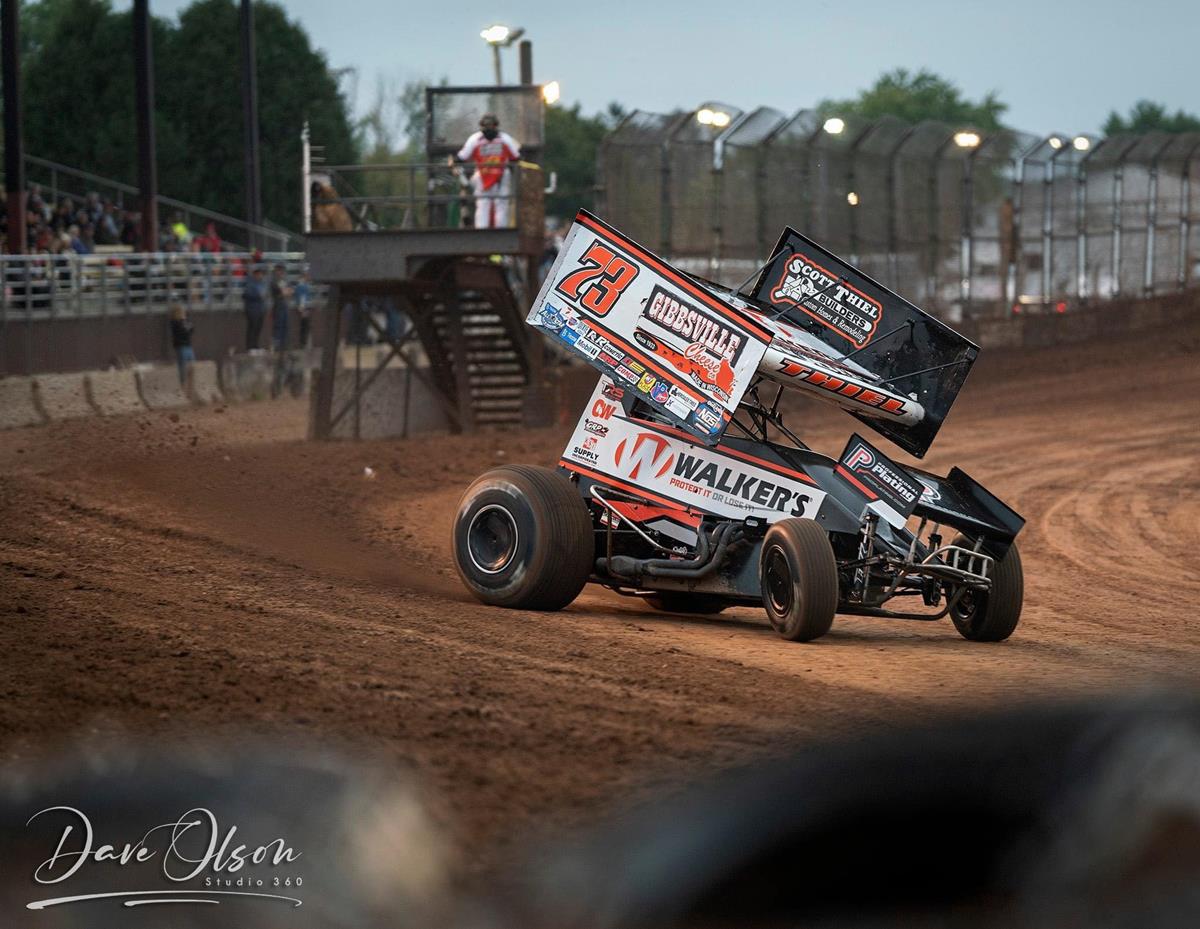 SHEBOYGAN, Wis. (September 26, 2022) - It was a big weekend in the Badger State for the “Big Wheel” Scotty Thiel, and although he was unable to add any additional marks to his 2022 IRA Outlaw Sprint Series win column, the Sheboygan, Wisconsin, native and driver of Team 73 performed well in the Series’ final weekend of competition, concluding the two-day, two-race agenda with a pair of top-five appearances highlighted with a podium run at Dodge County Fairgrounds on Friday, September 23. Central Pennsylvania invader Dylan Cisney, who calls Port Royal Speedway home on a weekly basis, was the only competitor to outduel Thiel at the Beaver Dam venue

The following evening at Plymouth Dirt Track in Plymouth, Wisconsin, Thiel finished fourth, powering ahead five positions from ninth on the A-Main grid. An ignition box issue during the evening’s first dash forced Thiel to start from row ten, as he was able to compete in the four-lap dash.

“Another consistent weekend for our team, and that’s all we can ask for,” Thiel expressed, driver of the Gibbsville Cheese, Walkers Game Ear, Professional Plating Inc, Scott Thiel Builders, Stealth Cam, Muddy Outdoors, Complete Water Inc, KSI Supply, GRP Motorsports, Racers Hall, Triple X Chassis, K1 Race Gear, HRP, King Racing Products, Keizer Wheels, No. 73 sprint car. “It’s a little disappointing to have that issue in the dash on Saturday at Plymouth, but those things happen. We were able to recover for a top-five and that’s motivating. That all goes back to the team…they never give up and I’m proud of our efforts. We have a big weekend ahead, so all focus is on Williams Grove.”

ON DECK
The “Big Wheel” Scotty Thiel and Team 73 will continue their 2022 campaign with Williams Grove Speedway’s 60th Champion Racing Oil National Open on Friday and Saturday, September 30 and October 1. The World of Outlaws and Pennsylvania Posse Showdown will offer up a $75,000 top prize.