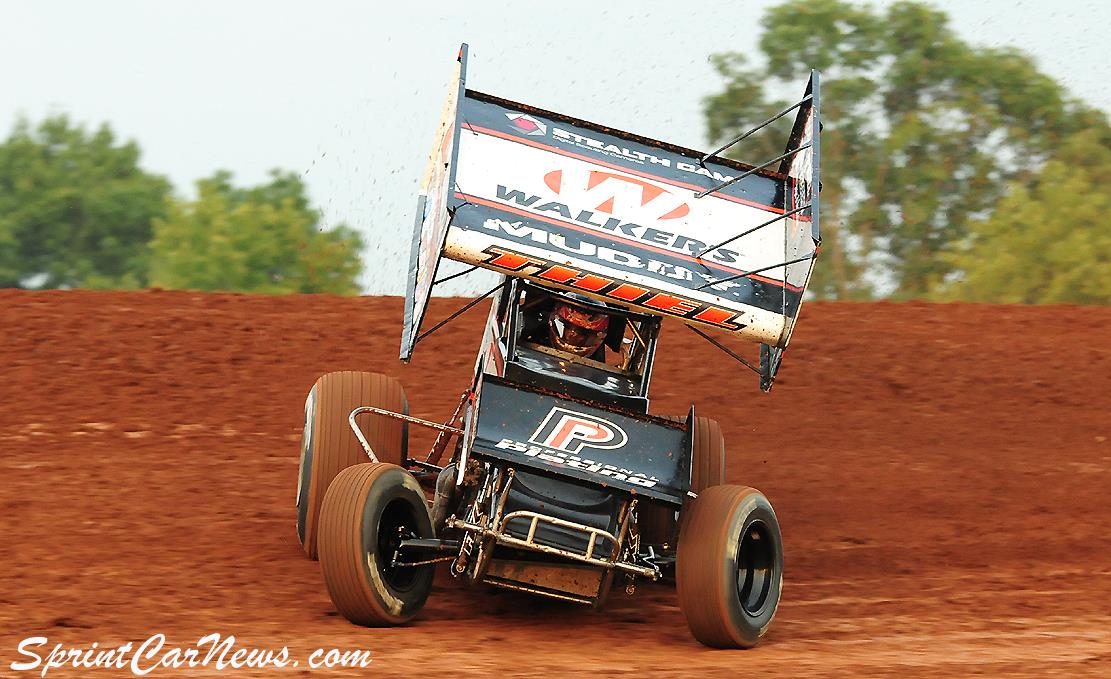 SHEBOYGAN, Wis. (September 19, 2022) - Despite kicking off the weekend with a tore up race car during action at BAPS Motor Speedway on Thursday, September 15, the “Big Wheel” Scotty Thiel and Team 73 rebounded in the big way the following evenings, first notching a top-ten score at Dog Hollow Speedway in Strongstown, Pennsylvania, on Friday, September 16, then earning a podium performance in Lernerville Speedway’s annual $10,000-to-win Commonwealth Clash on Saturday, September 17.

The following evening at Lernerville Speedway, Thiel finished second, falling back to third before utilizing a last lap shootout to power his way back to the runner-up spot. The Sheboygan, Wisconsin, native started second on the FAST Series grid, forced to take a backseat to Clute, Texas’ Aaron Reutzel at the final checkers.

“In all, a great weekend for our team, and a great way to rebound after a not-so-great weekend at Port Royal Speedway, and a tough outing at BAPS,” Thiel stated, a five-time sprint car winner in 2022. “Hats off to this entire team. We’ve been all over the map these last few weeks and if it wasn’t for them and their determination, I wouldn’t be in this position. We get to go back to more familiar territory this weekend, so we’ll be ready.”

ON DECK:
The “Big Wheel” Scotty Thiel and Team 73 will continue their 2022 campaign with an IRA Outlaw Sprint Series doubleheader on Friday and Saturday, September 23-24. The weekend will kick-off with a visit to Dodge County Fairgrounds in Beaver Dam, Wisconsin, followed by a stop at the Plymouth Dirt Track in Plymouth, Wisconsin. The events will officially close out the 2022 IRA season.