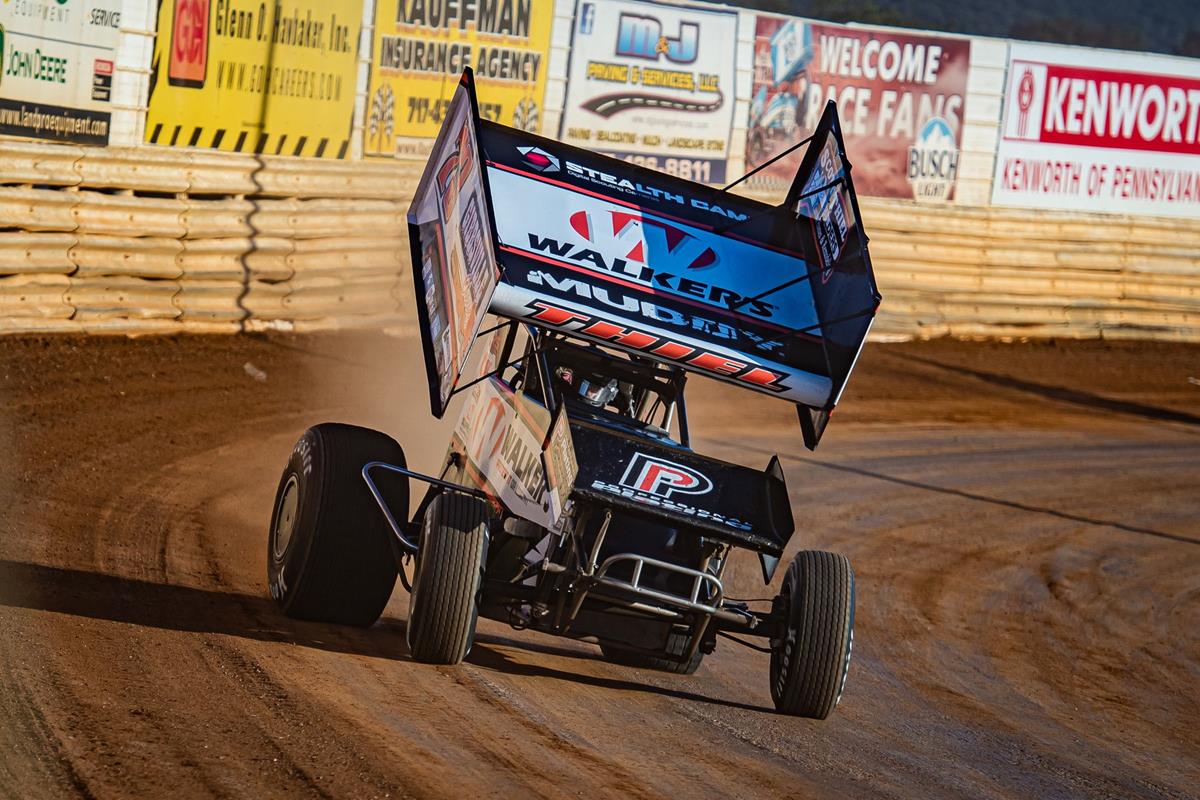 SHEBOYGAN, Wis. (September 12, 2022) - Despite what turned out to be a frustrating weekend with the All Star Circuit of Champions at the Port Royal Speedway “Speed Palace,” forced to compete in the weekend’s non-qualifiers event after not transferring into Saturday’s $60,000-to-win Tuscarora 50, the “Big Wheel” Scotty Thiel and Team 73 are ready to move forward, setting their aim on three events in three days across Western Pennsylvania.

“It was a tough weekend for our team at Port Royal. The level of competition at the Tuscarora 50 is some of the best you’ll find in the country. Now that we have a little bit better notebook, we’ll get back there in the future with a stronger gameplan,” Thiel said, a five-time winner in 2022 including four with the IRA Outlaw Sprint Car Series. “Hats off to my guys…they worked their butts off all week long and continued to stay motivated even when things got tough. We’ll do whatever we can to get Team 73 back up front this weekend.”