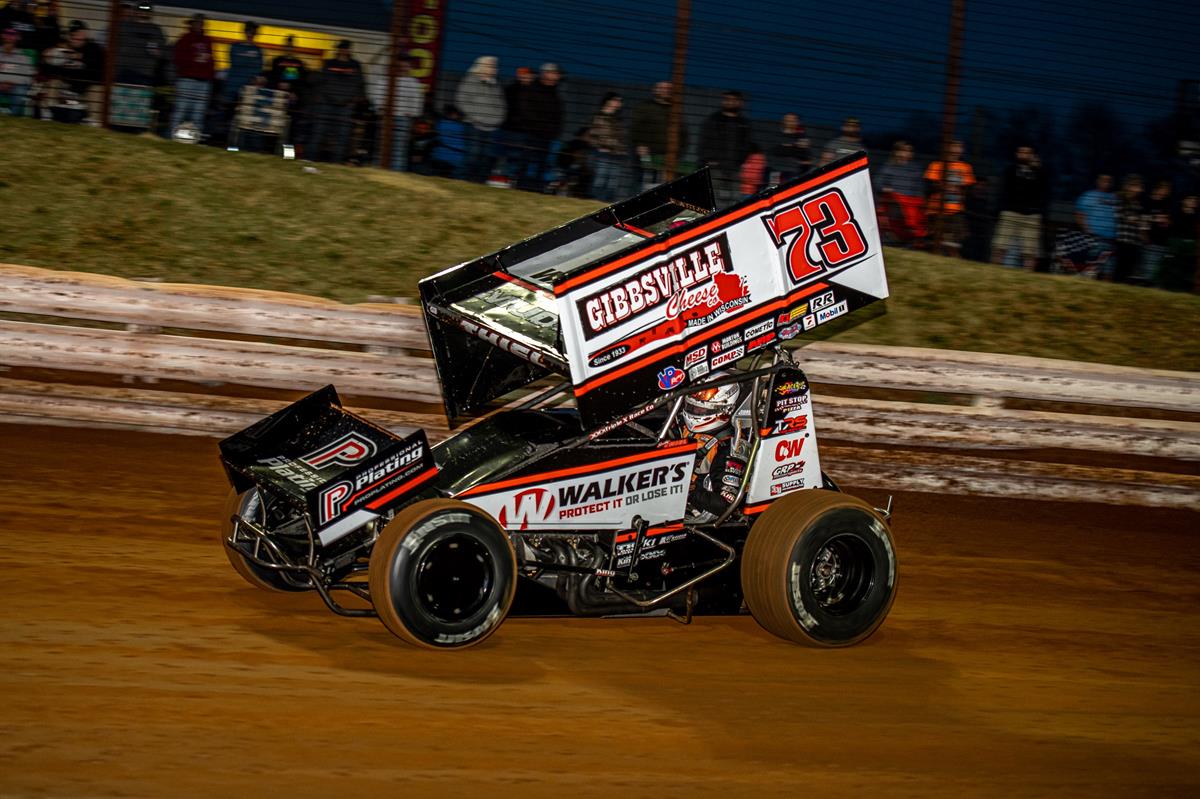 SHEBOYGAN, Wis. (March 21, 2022) - For the first time in his career, the “Big Wheel” Scotty Thiel made an appearance in Pennsylvania Posse Country, opening his 2022 season officially with three events in three days, joining the best within the Keystone State during starts at Williams Grove Speedway, Lincoln Speedway, and Port Royal Speedway on Friday through Sunday, March 18-20.

Despite the weekend activating with poor luck and frustration, forced to retire from the front row prior to the start at Williams Grove Speedway, and missing Lincoln Speedway’s feature by one position, the Sheboygan, Wisconsin, native rebounded big on Sunday and capped his Pennsylvanai triple with a top-ten at the “Speed Palace,” ultimately finishing tenth in Port Royal’s $4,000-to-win Speed Showcase.

Technically, Thiel was scheduled to compete in only two events in Pennsylvania, but with Port Royal’s Saturday sprint car program moved to Sunday, the two-race weekend translated into three.

“We had great speed all weekend, but the results didn’t reflect it all. First time racing in Pennsylvania was pretty fun and I’m excited for the opportunity to do it again in the future,” Thiel explained. “Hats off to my team for their hard work. The Central PA fans were amazing. I’m glad we were able to get three nights in during a long trip.”

ON DECK:
The “Big Wheel” Scotty Thiel and Team 73 will continue their 2022 campaign with a trip to the Buckeye State, ready to visit Attica Raceway Park and Atomic Speedway, in respective fashion, on Friday and Saturday, March 25-26. Thiel was scheduled to visit Attica Raceway Park on Friday, March 18, but Mother Nature interfered allowing Thiel to make the trip to Pennsylvania Posse Country.